SHE is a simple standard that allows for easy integration of short-and-simple authentication and encryption functions for any messages, based on 128-bit AES (Advanced Encryption Standard). If your focus is on encryption strength over ease of integration, choose an HSM (Hardware Security Module) instead of SHE. There is no standard to define an HSM, each hardware implementation is free to implement and expose any cryptographic operations they see fit.

In simple terms, what SHE or HSM actually does is protect the encryption keys in a cryptographic memory, while still allowing on-demand cryptographic operations using the keys. This way, the owner of the SHE or HSM hardware can operate as if they know the secret keys, while in reality keys are locked inside the security hardware and are never accessible. It is no longer possible to give the keys to someone else, except by giving them physical access to the secure hardware.

Interfacing with SHE or HSM

There is no standard interface defined for access to SHE or HSM hardware. As a hardware extension, every SHE implementation is required to define its access interface. For example, the SHE specification provides a list of possible errors and descriptions of where each may occur, but the numeric values (error codes) to represent them are chosen by the implementation. The same is true for SHE commands: SHE specification defines the meaning and effects for the commands, but the interface, together with the registers or possible command codes used to access the commands, is defined by the hardware implementation.

SHE provides a number of 10 AES-128 key slots, plus a volatile slot (RAM_KEY) that is not saved between power cycles (not persistent). In order to populate or update one of the 10 keys, you need to know either:

Upon delivery from the factory, the SHE hardware chip is in an “open” state, meaning the key slots are empty. To populate them, you need to use a value of all zeros for the previous key value (hex string 00000000000000000000000000000000). After a key slot is populated, there is no way to retrieve the key back from SHE. Except for the RAM key, which can be retrieved in encrypted form only, the real value of the key is still not available.

Note that by safely keeping a copy of the ECU Master key, you will be able to work with a set of 10 AES-128 keys in SHE that are not known by anyone. And you will still be able to update them if needed.

The key value is never sent in clear text to the SHE hardware for initially populating the slots or for updating them later. Instead, the old and new key values, together with the slot number and some associated key flags, are used as input to a formula that will generate:

The SHE hardware may come with a tool or script that implements this formula and computes the input and output messages. On the other hand, it is always possible to implement it from the SHE Specification, which is described as the Memory Update Protocol.

A simple way to look at the Memory Update Protocol is to consider that keys can only be written in encrypted mode, as described in the Specification. The advantage of using the protocol is that keys can be generated and managed on a remote server (or a remote party in general), and the encrypted form cannot be decrypted without the old key value.

These remote servers are free to drop newly generated keys immediately after the input/output messages M1 to M5 are generated. Later on, they rely on the ECU Master key to update the same slots again, thus ensuring that such keys can never be known, even if the server is compromised.

SHE hardware can both generate and validate a Message Authentication Code based on AES-128, called CMAC. This is used to ensure the authenticity of a message upon receipt. The needed steps for authentication to work are:

Secure Boot is a special case of authentication (see above). A special key slot for the BOOT_MAC_KEY can be populated using the same Memory Update Protocol, together with a slot for the expected BOOT_MAC. Before loading the operating system image, a boot-loader that can be made read-only to avoid tampering can use the SECURE_BOOT command in SHE to verify that the image is authentic, and halt the boot process otherwise. Additionally, SHE hardware can protect any of the 10 AES key slots by automatically disabling them when a secure boot is not successful.

SHE hardware can run AES-128 encryption and decryption in ECB and CBC modes. The input and output consist of blocks of 16 bytes (AES block size), meaning padding has to be ensured by the application. ECB mode can process only one block at a time, but CBC mode can cipher multi-block messages in one call.

CBC mode has the advantage of randomizing the encrypted output (ciphertext), even if the input (plain text) is fixed or has visible cycles or patterns. For this reason, using ECB is generally not recommended. When using CBC mode, it’s highly recommended to randomize the Initialization Vector (IV) for each encryption operation.

SHE can generate random numbers of a length of 16 bytes by encrypting the last number generated with a special PRNG_KEY. This should be used for cryptographic operations where it is important for the generated random numbers to be unpredictable.

A Hardware Security Module (HSM) is quite similar to a SHE in that it protects a number of cryptographic keys and supports a number of cryptographic primitives using the keys. Unlike SHE, there is no specification for what primitives an HSM should provide. Both the access interface (programming interface) and the supported functionality depend on the hardware implementation.

Let’s take the MAC as an example. In the case of SHE using CMAC, the AES-128 key used for the MAC must be shared by at least 2 participants (the sender and receiver of the message). There can be more participants in a group conversation scenario. This way, it can be argued that the Message Authentication Code (MAC) does not uniquely identify the sender of the message, but several possible senders.

An HSM can solve this issue by implementing proper signatures instead of a MAC, based on asymmetric encryption like ECC (Elliptic Curve Cryptography). Such ECDSA signatures uniquely identify a private key, assigned to a single party. On the other hand, this usually introduces a need for certificates. In short, certificates provide a signature of the associated public key, in order to prove the private key is trusted. Actually, to prove the owner of the private key is trusted. The signing party, that will sign the public key, must be shared and trusted in advance (must be “well-known”).

Other HSM uses include:

It is possible for an HSM to provide all the functions from SHE as specified in the standard, then add more primitives as needed by the HSM hardware implementation.

What is HSM encryption?

An HSM encryption, also known as a hardware security module, is a modern physical device used to manage and safeguard digital keys. It can also be used to perform encryption & decryption for two-factor authentication and digital signatures.

What is the use of an HSM?

An HSM can be used to decrypt data and encrypt data, thus offering an enhanced level of security. This physical device can be plugged into a computer and is specially designed for cryptoprocessing, protecting sensitive data.

What is the purpose of implementing an HSM in support of database encryption?

An HSM offers heightened security in cryptoprocessing, dramatically enhancing the security of the cryptographic keys involved. The purpose of implementing an HSM in support of database encryption is to offload the main cryptographic functions, adding more reliability, security, and performance to the process.

What is a secure hardware extension?

A secure hardware extension (SHE) is an actual on-chip extension to microcontrollers and is intended to enhance the security of the cryptographic keys in order to protect them from cyber-attacks. SHE is an alternative to highly-secure solutions like smart cards or TMP chips.

What are the main uses of SHE?

A secure hardware extension can be used to protect cryptographic keys from cyber-attacks, enhance the underlying algorithm that offers key confidentiality, and enable the owners to distribute the keys with ease. Additionally, SHE provides an authentic software environment to keep the costs low and enhance the flexibility of the encryption environment. 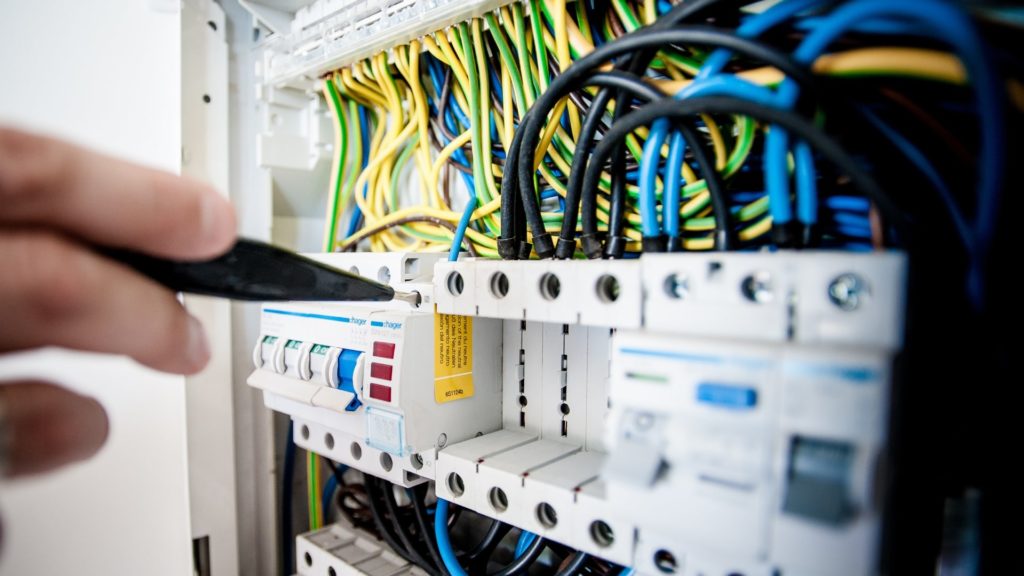 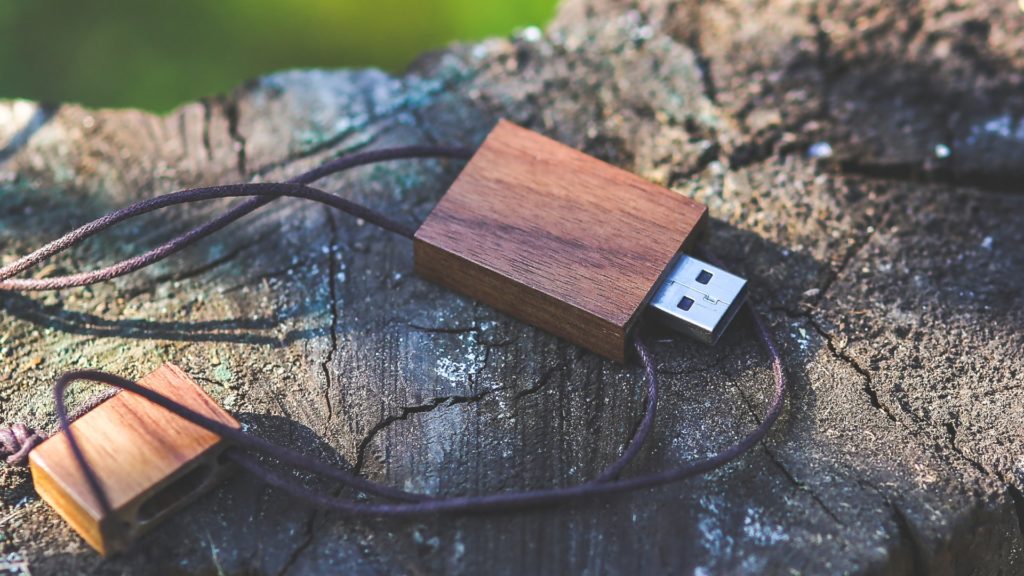 Getting updated Bluetooth discovery names from nearby devices